Again this year we are happy to partner with The MVFF to show programming at our space.  Here is what is showing at Pathways Gathering Space.

THE INSULT
12:45 p.m. at Pathways Gathering Space 113 mins
In present-day Beirut, a dispute between a Lebanese Christian and a Palestinian refugee gets blown out of proportion until it lands in court. As the media circus surrounding the case escalates, revelations complicate the two men’s understanding of one another, forcing a reconsideration of their beliefs. This stirring, Oscar-nominated film explores how personal politics can be.Tickets & Info

WON’T YOU BE MY NEIGHBOR?
3:30 p.m. at Pathways Gathering Space   94 mins
Discussion to follow with David Newell, a.k.a. Mr. McFeely

With his gentle voice, wisdom, and handmade puppets, Fred Rogers connected with generations of American children tuning into public television. He dedicated his life to helping kids through difficult situations, by suggesting tolerance and acceptance. Oscar-winning director Morgan Neville takes us on a tour around Mister Rogers’ Neighborhood, exploring the legacy of the man considered radical for saying, “I like you just the way you are.” Tickets & Info 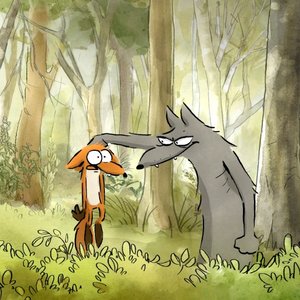 From the creators of the Oscar-nominated Ernest & Celestine comes another hilarious, heartwarming tale of animal misfits: a fox who mothers a brood of chicks, a rabbit who plays a baby-delivering stork, and a duck who wants to be Santa Claus. This film has the pacing and spontaneity of Looney Tunes shorts, but underneath the gags (and there are plenty) it offers a sensitive portrayal of family and the anxieties of modern life. Claim Free Tickets

THE INSULT
8 p.m. at Pathways Gathering Space 113 mins    In present-day Beirut, a dispute between a Lebanese Christian and a Palestinian refugee gets blown out of proportion until it lands in court. As the media circus surrounding the case escalates, revelations complicate the two men’s understanding of one another, forcing a reconsideration of their beliefs. This stirring, Oscar-nominated film explores how personal politics can be.Tickets & Info 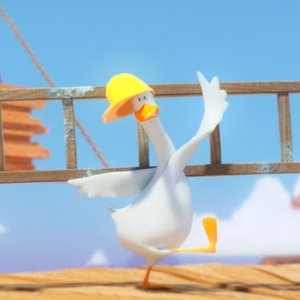 Start your day with a smile. From CGI to hand-drawn, these spectacularly animated films will put the whole family (yes, even parents) in a good mood. These films challenge perceptions and excite the imagination, while never failing to elicit good giggles. Claim Free Tickets

What’s it like to be a 12-year-old girl? A Jamaican boy dreaming of becoming an astronaut? Two virtuosic Cuban brothers reunited by music? The imagination, wonder, joy, frustrations, disappointments, hope, and occasional supernatural phenomena of childhood and adolescence—as well as the strength of familial bonds—are the main themes of these sometimes whimsical, often funny short films from around the world. Tickets & Info

YOU & ME
1 p.m. at Pathways Gathering Space
90 MINS
Discussion to follow (via Skype) with director Alexander Baack and writer and actor Hillary Baack

Ella (Hillary Baack) is deaf, but that is hardly the most interesting thing about her. She’s published a collection of short stories and she’s also a literature professor. Having just moved to L.A., she’s too busy for a husband, or even a boyfriend. But then she meets Tony (Paul Guyet), a recently-blinded man. Charming and funny, this is one of the first films to star disabled actors in both leading roles. Sally Struthers also turns in an amazing performance as Tony’s mom. Tickets & Info 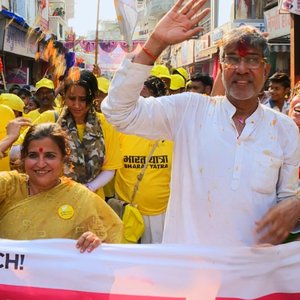 At Bal Ashram, a refuge in Rajasthan, India, Nobel Peace Prize winner Kailash Satyarthi and his wife Sumedha provide a home, family, and education for boys rescued from child labor. At the 2017 MVFF, the Vineyard’s own Galen Films team gave us a first look at this truly life-changing work. Join us for their completed film! Tickets & Info

FREE Kids’ Films
UP TO THE CHALLENGE
5:30 p.m. at Pathways Gathering Space | Ages 8+ and younger ones accompanied by a parent. 70 MINS

Join the incredible adventures of the brave young people making courageous choices in these films. In a comical fantasy, two kids find a way to send messages back and forth in time. A daring girl walks a tightrope in a stunning film set in turn-of-the-century Paris. Then there is the boy told he’d never walk or talk, but now facing his biggest challenge…dating. Claim Free Tickets

An actor enters the stage, having never seen the script. That classic anxiety dream is the conceit of this internationally acclaimed play by Nassim Soleimanpour. With no rehearsal, no director, a new actor for every performance, and a script waiting in a sealed envelope on stage, this audacious theatrical experiment is a reminder of the transformative power of theater. Since its premiere it has been performed by John Hurt, Whoopi Goldberg, Nathan Lane, and F. Murray Abraham. What MVFF guest will be next? Claim Free Tickets 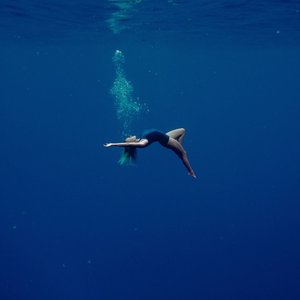 Born into a family of surfers in Kauai, Bethany Hamilton began surfing competitively at eight years old. In 2003, at age 13, she was attacked by a 15-foot tiger shark, resulting in the loss of her left arm. But not only did she survive—she was back on the circuit just a year later. Now a mother, Hamilton undertakes her greatest challenge: chasing a toddler, and the biggest wave of her career. A tale of bravery, perseverance, athleticism, and hope, this film gives new meaning to the expression “surf like a girl.” Tickets & Info

What if you were in charge of making the sun rise every morning? What if the world were made of wool? What if you wanted to be a pilot but were afraid of heights—or if you were a princess but really wanted to fight monsters? The characters in these films from around the world explore answers to these and many other questions. Claim Free Tickets

The planet is in crisis, and scientists agree that humans are to blame. In Chasing Ice (MVFF 2012), James Balog transfixed us with his time-lapse photography of melting glaciers in the Arctic. This stunning new film finds him closer to home, capturing the lives of Americans on the frontlines of climate change: coastal communities threatened by the rising sea, children suffering from air pollution, firefighters up against record-setting infernos, and coal miners tunneling out of a dying industry. Claim Free Tickets

Before watching Ophelia, be part of an interactive discussion about the play that inspired it. Scott Barrow, Brooke Hardman Ditchfield, and Chelsea McCarthy teamed up to create a successful run of Hamlet for the Martha’s Vineyard Playhouse last year. Join them as they perform scenes and dig deep into the play with theater luminary Robert Brustein, a critic, producer, playwright, writer, educator, founder of both the Yale and American Repertory Theaters, and one of the foremost Shakespeare scholars. Claim Free Tickets 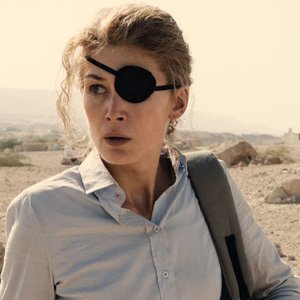 A PRIVATE WAR
2:30 p.m. at Pathways Gathering Space  110 mins
Discussion to follow with director Matthew HeinemanCelebrated war correspondent Marie Colvin (Rosamund Pike) is as comfortable downing martinis with high society as she is brazenly staring down warlords and fleeing gunfire. Driven by an enduring desire to bear witness and give voice to the voiceless, she charges into danger, constantly testing the limits between bravery and bravado. Tickets & Info

The world’s smallest and most elusive whale, the vaquita porpoise, is only found in Mexico’s Sea of Cortez, a place of extraordinary biodiversity. Today, that sea is a death trap because of commercial development and overfishing, but a number of brave souls are fighting for its protection—from drug cartels and the Chinese mafia, no less. This eco-thriller, a winner at the most recent Sundance Film Festival, ventures into the front line of efforts to save the planet’s most endangered sea mammal.
Tickets & Info